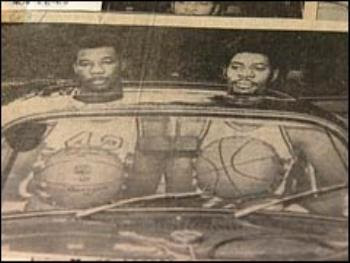 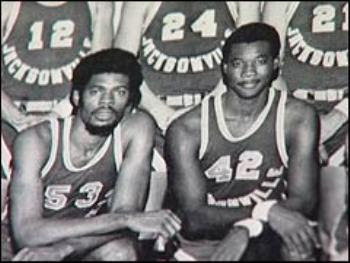 As promised let me begin chipping away at the many great questions you’ve asked. Again --- thank you in advance for being patient as I do this.

I’ll start with a question from Kevin who asks:

“As an Iowa fan you and Pembrook Burrows broke my heart. Do you have any recollections about that game that won't make a middle-aged man cry?”

Well, Kevin --- I was almost the one crying during that game. I’ll tell you why in a minute.

The March 12, 1970 NCAA tournament game between my school, Jacksonville University, and Iowa, was sandwiched in between two other great games. On March 7 our JU Dolphins played its first-ever nationally televised game in Dayton, Ohio against Western Kentucky. We won 109-96 and I was fortunate enough to have a 30-point, 19-rebound game. My team mate Rex Morgan added 24 more points. On March 9 we faced Kentucky in what is one of the single most memorable wins of my career. Kentucky: number one in the nation. Kentucky: a legendary basketball powerhouse. Kentucky: coached by Adolph Rupp. But that’s a story for another day.

In between those games we went up against Iowa in Columbus, Ohio, and our NCAA bid almost ended right then and there.

First: my team mate Vaughn Wedeking was sick as a dog with the flu.

Third: I got a bit too aggressive on defense and fouled out with a full eight minutes left in the game.

A tip-in by Pembrook Burrows off a missed shot by Vaughn gave us a squeaker over Iowa by 104-103 in the last second. Pembrook also made 11 or 12 field goal attempts in that game for a total of 23 points.

Rex Morgan takes every opportunity, even now, to remind me that I almost cost the team the game by fouling out at a crucial moment. He's fond of recalling how I sat on the bench trying to coach Pembrook. According to Rex I said: “Pembrook, listen man, you really have to make this thing happen.” To which Pembrook turned and replied, “I guess so, man, you're sitting on the bench!”

I've posted on this blog entry a couple photos of Pembrook and me from back in the day.

So that, Kevin --- is my Iowa story. I’ll add, just as a matter of trivia --- I almost went to school in Iowa. After my second year at Gardner-Webb junior college I was honored by interest from many schools. I visited Iowa, and I had a chance to spend some time out there it was pretty good program. However, in 1969 JU became my ultimate choice because it was closer to home. My parents were getting older, so it gave me an opportunity to be near them, as well as my younger brothers and sisters. 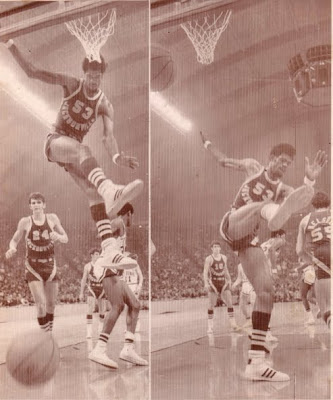 TO ALL THE PORTLAND TRAIL BLAZER FANS WHO WROTE TO ME:

Friends ---- thank you all for your very kind words and for having taken time to write to me after I posted the blog below with observations about Greg Oden. I appreciate your interest in what I have to say and I am also grateful for the many suggestions for future blogs. Be patient with me and check back every now and then because I do intend to respond to the great questions and suggestions you made.

In the meanwhile I have attached an old --- VERY OLD --- photo of me during a game with Jacksonville University. This image has special importance to me --- not only because it proves that once upon a time I could actually jump --- but because my father always kept a copy of this newspaper photo on his refrigerator at his home in Chipley, Florida.

Once again --- you all made me feel great. Thanks for sharing your time and your thoughts with me.

RESPONSE TO A READER'S QUESTION ABOUT GREG ODEN

A reader of this blog recently left a message asking if I would comment on what Greg Oden of the Trailblazers needs to do to become what fans had hoped he would be in the NBA --- a true force at center. The reader also inquired if I would work with Greg if asked by the Trailblazers to do so.

Second issue first. I’m always open to helping any ballplayer. However, I suspect that in the “young eyes” of most basketball organizations, I’m rapidly becoming part of sports history. Low post players of my era are not too far removed from dinosaurs! Still, if the phone rings I’d sure answer it!

As to Greg. It’s very difficult to comment in that a true evaluation of his potential can only be made if and when he is healthy enough to play sustained minutes over the course of a season. I believe he has put in less that a hundred games and, although his performance showed promise (especially in rebounding and shot blocking), it’s tough to draw hard conclusions from what we’ve seen so far.

What can be said is that, injuries aside, he possesses natural athleticism and power. That is both a plus and a potential minus. Many young players grow to rely overly-much on their sheer strength. I believe I was a physically strong players, as were legends such as Wilt Chamberlain. That only gets you so far. A strong young ballplayer like Greg Oden will also need to pay a lot of attention to learning proper footwork and low post moves to truly take advantage of his physical gifts. I’m not saying he needs to be an offensive superstar but he does need to develop the finer skills necessary to always be a threat to the defenses. In short, he needs to focus on out-thinking his opponents in addition to over-powering them.

The other advice that I would give has nothing to do with physical attributes. It has to do with the fact that, having had to endure so many injuries, Greg Oden’s real challenge in the near-term will be mentally readjusting to the professional game at the highest level. To do this he needs to work closely with the coaching staff and his team mates to understand how and where he fits into the scheme of things. He should not feel that he needs to carry the entire burden of the team on his shoulders but, rather, look for the best ways to work within the system to contribute at optimum levels while his body and his mind get back into the flow of the game. 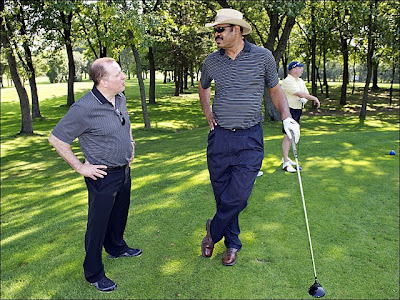 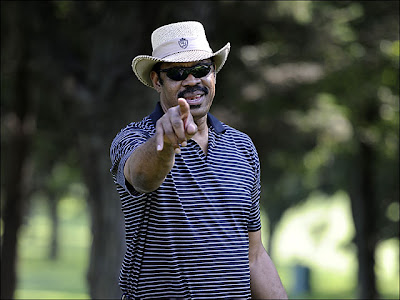 Guests attending the event had the opportunity to play golf, have lunch and mingle with their favorite Bulls’ celebrities while bidding on a wide selection of sports memorabilia. The silent auction, raffles and contests included Bulls’ autographed jerseys, shoes and basketballs as well as items from other Chicago sports teams.
All proceeds from the Chicago Bulls/Verizon Wireless Charity Golf Outing benefitted CharitaBulls, the Bulls charity and Prevent Child Abuse America. CharitaBulls is dedicated to enhancing the lives of Chicago’s youth by actively supporting educational, recreational and social programs to help make Chicagoland a better place to live. Prevent Child Abuse America engages communities through the important work of strengthening families and valuing children. For more than 30 years, Prevent Child Abuse America has been the leading national organization focused on preventing child maltreatment before it occurs.
Posted by STILL HERE at 7:39 PM