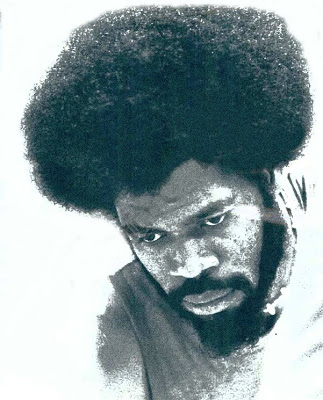 ARTIS ON THE BREAKDOWN WITH DAVE AND AUDLEY:

Artis 'The A-train' Gilmore scores spot in Hall of Fame

THE A-TRAIN HEADS FOR SPRINGFIELD! 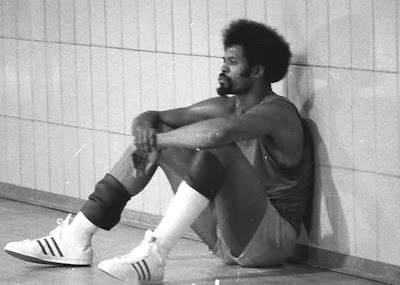 JACKSONVILLE, Fla. – With a record-setting college career and a stellar professional career that included being named an all-star in three different leagues, Artis Gilmore will be enshrined in the Naismith Memorial Basketball Hall of Fame’s Class of 2011.

Gilmore’s career has been legendary from the beginning – starting with taking Jacksonville University on a Cinderella run to the national title game in 1970. From there, he was drafted by the Kentucky Colonels of the ABA – leading them to the title in 1975, earning Most Valuable Player honors in the playoffs. After the merger, Gilmore was the first pick in the ABA dispersal draft by the Chicago Bulls, playing 12 seasons in the NBA with Chicago, San Antonio and Boston.

He will be inducted into the Hall during the annual enshrinement ceremony set for Aug. 11-13 in Springfield, Mass.

"As a youngster growing up in Chipley, Florida l admired with awe, baseball legends like Bill Russell, Wilt Chamberlain, Jerry West and Oscar Robertson. I never imagined that one day I might share a stage with them as a member of the Naismith Memorial Basketball Hall of Fame,” Gilmore said. “On behalf of the entire Gilmore family I want to thank everyone who made this honor possible. I hope to represent you all proudly."

His basketball career was blossoming when he signed with Jacksonville University in the spring of 1969. Less than a year later, Gilmore had put not just the school, but the entire city on the map.

“This is a tremendous and well deserved honor for Artis and on behalf of the entire JU community, we congratulate him on receiving this recognition,” said JU president Dr. Kerry Romesburg. “Artis has meant so much to the University, from his days as a student-athlete to his current position with the school that it thrills everyone to see him receive this prestigious honor and to take his place among the best in the history that have ever played basketball.”

Standing at 7-foot-2, Gilmore teamed up with 7-foot tall Pembrook Burrows to form the tallest front line in America for the 1969-70 season. Joined by JU legends Rex Morgan, Vaughn Wedeking, Rod McIntyre and a cast of others, the Dolphins went on an unprecedented run to the national title game.

His legend grew with each game – whether it was scoring, rebounding or blocking shots. In just two years at JU, Gilmore scored more than 1,200 points, set the school record with more than 1,100 rebounds and blocked more than 300 shots – recording at least 12 triple-doubles in his career.

Today, Gilmore remains the all-time leader in NCAA history for rebounds per game average for a career at 22.7 – a record that has stood for 40 years.

While he was a star on the court at JU, he didn’t slack off in the classroom – getting his degree from JU in 1971. He was a member of the inaugural class in the JU Athletics Hall of Fame and is one of six Dolphins to have their jersey number retired.

“When it comes to Jacksonville University basketball, Artis Gilmore is the gold standard for the young men in our program,” said current JU head coach Cliff Warren. “He and his teammates set the bar very high for our program – and it is something our young men work at each day to reach, not only on the court, but in the classroom and in the community.

“He has done so much for our program that I can’t begin to thank him enough. With his wisdom and his example of what to do and what not to do, he is great mentor for impressionable young men in college. On behalf of our young men and coaches, we congratulate him on receiving this honor.”

With his college career behind him, Gilmore signed a 10-year, $2.5 million contract with Kentucky Colonels of the American Basketball Association. What ensued was an 18-year professional career for the ages.

In his five seasons in the ABA, Gilmore led the league in rebounding each season and block three times, earning league MVP honors in 1972 and named MVP of the playoffs after leading the Colonels to the title in 1975.

With the ABA-NBA merger in 1975, Gilmore was once again a hot commodity – becoming the first pick in the ABA Dispersal Draft, going to the Chicago Bulls. That started a stellar 12-year run in the NBA that resulted in six All-Star game appearances and six trips to the NBA Playoffs with Chicago, San Antonio and Boston – advancing to the conference finals twice in his career.

The numbers he piled up in his professional career are mind boggling.

"Artis epitomizes everything that the Hall of Fame represents both on and off the court," said John L. Doleva, President & CEO of the Naismith Memorial Basketball Hall of Fame. "He is one of the greatest players to ever put on a college, ABA and NBA uniform and we are proud to include him as a member of the Class of 2011."

In 17 years as a professional, Gilmore played in 1,329 games and remains the NBA’s all-time leader in field goal percentage – having hit 59.9 percent of his shots during his career. He shot .600 or better in six different seasons, and he led the NBA in field-goal percentage four times. His 1,747 NBA blocked shots rank him near the top in that category as well.

Gilmore grew up in Chipley, Fla., and was a third-team All-America as a senior in high school in Dothan, Ala. Following graduation, he went on to star for two years at Gardner-Webb Junior College in Boiling Springs, N.C.

In 2007, Gilmore was hired by his alma mater as the Special Assistant to the President – helping raise money, develop relationships in the community and reconnect fellow alumni with the University. He has also taken on a role as the color analyst during JU basketball radio broadcasts.