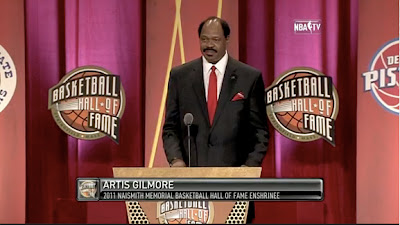 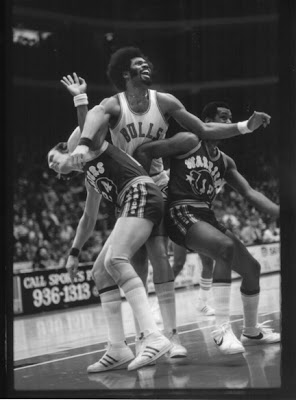 Click on any of the following links for more great coverage
of the 2011 Hall Of Fame ceremonies:
http://www.nba.com/bulls/history/smith_gilmore_110811.html
http://www.berkshireeagle.com/ci_18678467 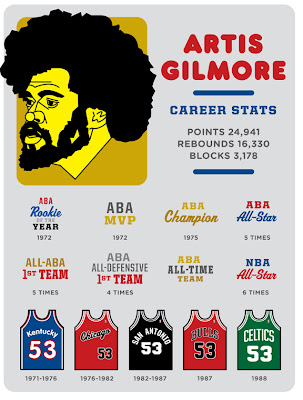 http://www.youtube.com/watch?v=Brh2kIvgFcw
The Kentucky Colonels lead by Artis Gilmore force a game 7 in front of the great Indiana Pacers crowd. Mel Daniels has no chance of stopping Artis in this one. Link above. 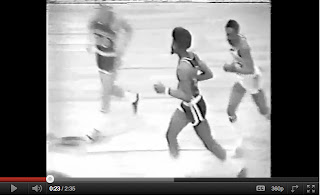 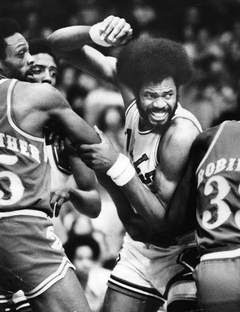 Greatness isn’t measured by how high you reach, but by how far you’ve come.
On Friday night, former Bulls center Artis Gilmore will be introduced by Julius Erving and inducted into the Basketball Hall of Fame in Springfield, Mass. That rare distinction will mark the end of his long, often tough, climb from sandlot basketball to the sport’s pinnacle.
“Make sure you tell everybody that this is the full-circle stamp; this is not my final destination,” Gilmore, 61, said with a laugh. “I don’t want the Man upstairs to call me just yet because I still have a lot to do, and I’m working hard every day as a special assistant to the president of Jacksonville University, and I work for a mechanical-engineering company in project development.”
The 7-2 Gilmore started his long journey as a poor boy growing up in his native Chipley, Fla., and Dothan, Ala., where his first job was as a cotton picker in the racially segregated South.
“My family and I experienced a lot of racial discrimination and segregation when I was growing up,” Gilmore said. “School, water fountains, bathrooms, restaurants and other places of business were segregated. We were not allowed to knock on the front door of a white man’s house. We could not look a white man in the eye when we talked with him. This is another story for another day, but it shows how my life has come full circle.
“My father was Otis Gilmore, no middle name. He had no formal education or skill whatsoever, but he was an outstanding common laborer who worked his hardest to support nine children. My mother’s name was Mattie Lou Gilmore.
“Of course, I’d pitch in by picking cotton for $2 per hundred pounds, stacking peanuts or whatever. We’d have to get up at about 4 o’clock every morning to catch that flat-bed truck that took us to the cotton field. The earlier you started picking, the better your chances of picking at least 100 pounds before noon because that cotton would be heavier when it was still wet with the midnight dew.”
Imagine the sight of Gilmore starting out as a 6-6 boy picking cotton.
“I was too tall to pick it from a standing position because I kept having to bend over and reach down,” Gilmore said. “So I did most of my picking on my knees.”
That experience humbled him and gave him an incredible work ethic that fueled his success in the classroom and on the basketball courts at Gardner-Webb Junior College and Jacksonville.
Gilmore, the NBA’s all-time field-goal percentage leader and the Bulls’ career leader in blocked shots, said he never played basketball with the aim of making the Hall of Fame.
“I played for the joy and, of course, for the salary to support my wife of 39 years, Enola Gay, and our five kids and twin grandkids,” he said. “I never thought of any additional accolades. Until now, my happiest achievement was winning the 1975 ABA championship with the old Kentucky Colonels.
“I took as much pride and joy in that championship as I would’ve taken winning an NBA championship. Otherwise, I found great pleasure in playing for the Colonels [five seasons], the Bulls [61/2 seasons], the Spurs [five seasons] and the Celtics [half a season].”
Friday night’s honor will make all his struggles worth the effort.
Posted by STILL HERE at 9:23 AM 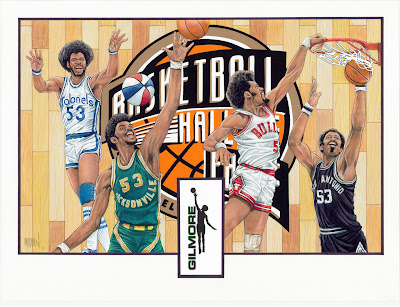